What is OFM and how to you get there?

The Low Carb Athlete podcast actually started ten years ago with my co-host Jon Smith but it was called FIT FAT FAST podcast. We talked all about eating fat to burn fat, MAF training, NSNG and more! 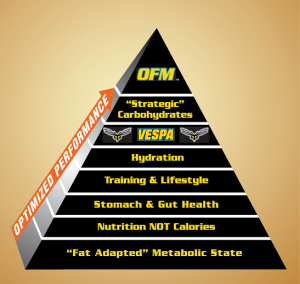 OFM essentially resets the body back to burning “fat as fuel” for most of the aerobic spectrum, because your body prefers to metabolize fat at high aerobic rates, rates much higher than the current science says is possible, but consistent with the emerging science on fat adaptation.

Once an athlete is adapted, OFM actually enhances strategic carbohydrate use, so now carbohydrates work like they never worked before, by using less. 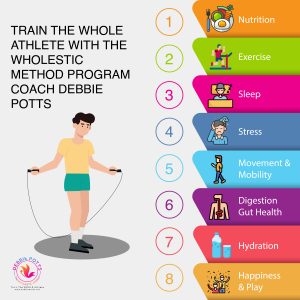 OFM (Optimized Fat Metabolism) was created & developed for VESPA athletes to consistently obtain the “game-changing” performance and health benefits of using VESPA and getting the body back to its natural state of using “fat as your fuel” for aerobic metabolism.

OFM is an integrated, multi-faceted approach to help the athlete make that fundamental shift back to burning “fat as fuel” for aerobic metabolism, even at higher aerobic levels.

Emerging science from the FASTER Study is confirming what VESPA athletes already know; that fat metabolism plays a much larger role than previously thought possible and actually helps make carbohydrates use more powerful and sustainable. 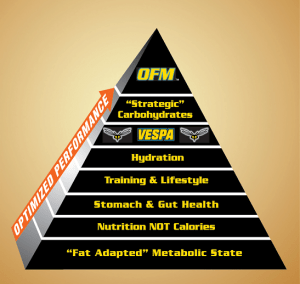 OFM is not a “one size fits all” structured program.

OFM empowers the athlete with the information, scientific basis, and real world application so each athlete can integrate OFM into their daily life by making achievable changes based upon each athlete’s unique situation. 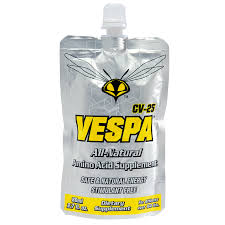 OFM is based on biological & evolutionary scientific principles and physiology, not upon today’s media driven “sound-bite” science.

Many aspects of OFM are initially counter-intuitive and contradict the simplistic “group-think” mentality regarding fat , health and performance, yet deliver real world results for athletes of all ages and abilities across sports.

OFM is an outgrowth of VESPA’s commitment to our customers.

The premise:  Simply put, the human body is designed to perform optimally using “fat as your fuel” for aerobic performance.

This is why humans carry large stores of fat and very limited stores of glycogen.

Look in the mirror and you will see…. .why not optimize utilization of “fat as fuel”?

Even the leanest athlete carries more than enough “on-board” fat calories to run a 100 miles, cycle a double century or complete an Ironman. 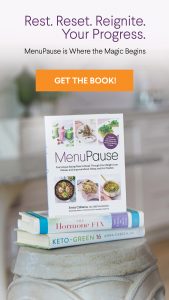 Take the MenuPause quiz here to learn where to start

Think of it this way; fat is your aerobic energy source and glycogen/glucose is your “fight or flight” fuel. So, unless your event is the 100 meter dash or Olympic powerlifting, focusing on optimizing fat metabolism via OFM needs to be a fundamental part of your program.

OFM does NOT eliminate concentrated sources of carbohydrates from the diet or fueling.

Rather, OFM athletes use carbs “strategically”.

VESPA plays a critical role to keep the athlete “locked-in” a high level of fat-metabolism while still being able to utilize carbohydrates.

The physiology, peer-reviewed literature, podium and athlete feedback all support the use of carbohydrates.

The problem is the “unintended consequences” of over-consumption of concentrated sources of carbohydrates which, over time, create a host of performance and health deteriorating issues.

OFM is not a no/low carb ketogenic protocol. 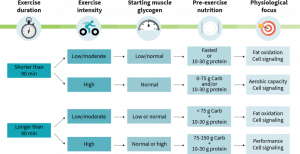 When is it okay to do a fasted exercise session?

While there are times and periods where carbohydrates will be severely restricted, our experience is that with most athletes, once they are fat-adapted, the dietary aspects of OFM actually become very simple and easy.

Based upon athlete feedback and performance, the OFM “strategic” use of carbs allows this quick burning energy source to have a stronger, more sustainable impact on performance by using significantly less.

Learn more about OFM, VESPA and how to get started on https://ofm.io/what-is-ofm-2/

Use our podcast code THELOWCARBATHLETE to save 15% off your next VESPA order.  Click here to order VESPA. 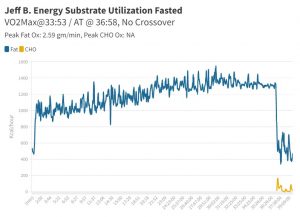 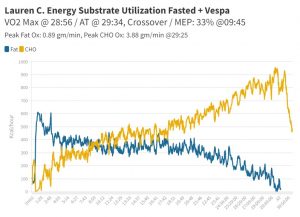 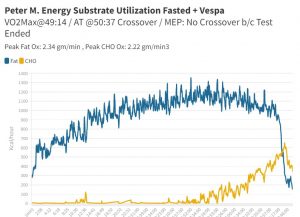 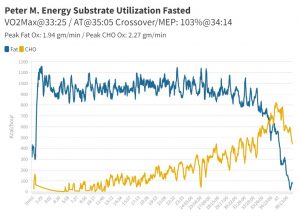 Message Debbie if you would like to learn more about her personalized coaching programs so you stop guessing what you should do to burn fat, improve performance and slow down the aging process!

PrevPreviousDr. Mindy Pelz and Debbie Potts on Mapping out your Month
NextHow is your digestion & detoxification systems working?Next

Episode #486 with Dr. Anna Cabeca on WHAT to eat and WHEN to push PAUSE on your MENU

Episode #485 Fasting Like a Girl or Female Athlete, with Dr. Mindy Pelz

Watch the YouTube episode, here! Dr. Mindy Pelz, our guest for today, is a bestselling author, keynote speaker, nutrition and functional health expert who has

Watch the YouTube episode, here! Dr. Tracy Gapin is a board-certified urologist, world-renowned men’s health and performance expert, and the founder of the Gapin Institute—the

Episode #482 Catharine Arnston & Debbie Potts on the benefits of Algae

Watch the YouTube episode, here! Catharine Arnston, our guest for today, is the Founder and CEO of ENERGYbits and an expert in algae for wellness,